Every year seems to bring something new and exciting, and 2017 looks like it’s going to be no exception.  From the “needs no introduction” Ford GT to a Mazda Miata hardtop enthusiasts have been pining for, manufacturers are really bringing their A games in technology, style, and performance.  What we have here is a few of the vehicles we’ve been anticipating since the prototypes were released.

Mazda Miata RF:  The RF stands for retractable fastback so while it is not the stiff, rigid and reworked coupe many enthusiasts would have hoped for, one can’t deny that it looks great and will keep drivers smiling for miles even in colder temps.  It is without any major drivetrain changes, but why mess with perfection?

Bugatti Chiron:  While you won’t hear anyone say that this is a completely new beast when compared to the Veyron, you can’t argue with the fact that is does look lot less bloated and more purposeful.  While still utilizing the ground-pounding quad-turbo W16 engine from the Veyron, Bugatti says the new 1500 horsepower figure is enough to tie the 0-60 time of the Porsche 918 of 2.2 seconds.  For those of us that loved the technological breakthrough that was the Veyron but didn’t care for the looks, prepare to open your wallets to the tune of 2.6 million dollars.

Ford GT:  This re-work of the re-work of the LeMans winning vehicles of the 1960’s has probably received more press than any other vehicle being released in 2017.  With Ford dialing back the cylinder count to 6 from 8, purists haven’t been afraid to vocalize their disappointment.  But Ford is saying that this will pack over 600 horsepower and couple that with a lightweight, mostly carbon fiber chassis and you’ve got a recipe for a car that will be very happy at a track indeed.

Toyota Supra:  Few vehicles are reveled by the tuner crowd than the Toyota Supra.  From a manufacturer that produces some of the most reliable vehicles on the planet comes a car that produces reliable high power numbers.   We don’t have many details on this concept pictured above, but if it is anything close to its predecessor, it will already have a cult-like following.

Acura NSX:  You’ll be hard pressed to find a more recognizable name among JDM fans than the NSX.  Long heralded as a handling and chassis benchmark for performance, the first generations delighted drivers with impeccable handling and a driver focused experience that beat most anything else on the road.  This newest generation is staying true to its roots with V6 mounted amidships, but adds electric motors to the front wheels for a bit more kick.  We’ll see if this new kid on the super car block can live up to the hype.

Volvo S90:  The Swedes are going hunting for Germany car buyers with this all new luxury sedan dubbed the S90.  A completely new platform for Volvo has this big Scandinavian boat riding smooth but also handling well according to most reviews, with enough pickup to get you into a little trouble.  With a base price under $50k, this car could mean a big comeback for the beloved brand of safety-minded buyers.

Alfa Romeo Giulia:  For those who think that the BMW e39 M5 was the best car to come out of the doors at Dingolfing, you might want to take a glance at the new Alfa.  The Quadrifoglio model with a turbo 6 that offers up 505 horsepower going to the rear wheels via a true 6 speed manual is probably the closest thing we’ll see to a true driver’s sedan for years to come.  It certainly doesn’t hurt that this is probably one of the prettiest cars to be coming out in 2017 either.

Cadillac XT5:  A new crossover from Cadillac, how is that exciting?  Well it is not so much about the vehicle itself as much as it is about the company as a whole.  Cadillac struggles with the image that their cars are only driven by retirees and the XT5 is an attempt to shed that image.  With less-than-stellar sales across the board, the XT5 needs to be a saving grace to help bring the manufacturer back from a slow decline. 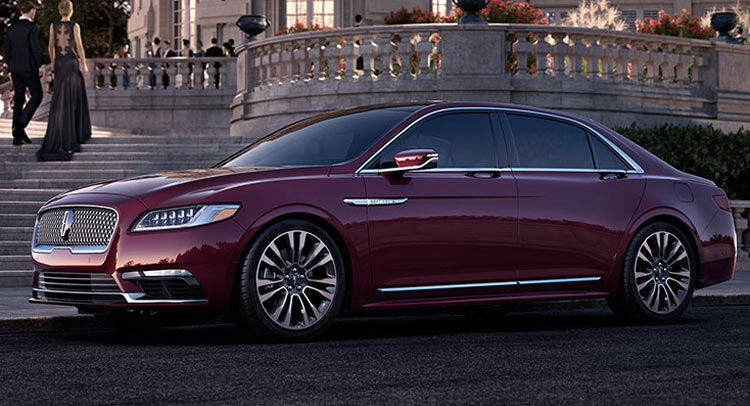 Lincoln Continental:  Lincoln finds itself in a similar situation as Cadillac in that they are trying to appeal to a different buyer, but the Continental is far from a vehicle for younger drivers.  With big aspirations to take down the well-established German competition, Lincoln has re-worked the Continental with available AWD and an optional twin-turbo V6 pushing out 400 horsepower.  Only time will tell if this all-American luxo-barge is up to the task.