Ask any car enthusiast to name some major factors in the appeal of a car is, and they will probably place the noise it makes near the top of the list.  But why is this?  If you could buy a car that got you from 0-60 mph in 3 seconds but sounded like nothing more than a stiff breeze, would you buy it?  It’s unusual how much of a factor a simple sound can be in how we perceive a vehicle and how much pleasure we can get from it, but there’s more to it than that.

If you’ve ever gotten goosebumps from your favorite song, gotten immersed at a concert or even enjoyed listening to a song bird chirp away, you realize how engaging sound can be.  A good score can turn a mediocre movie into an epic, spine tingling thrill ride that you can’t take your eyes off of.  Humans can be aural creatures and being able to accentuate any experience with a well-written soundtrack, especially when it comes to cars, is a critical component to appealing to those of us with oil in our veins.

Well for gearheads, sound is what can make a car come alive, give it a personality.  Why would we want to make our cars louder, you ask?  It’s pretty simple really, we get goosebumps from that drive through a tunnel at full throttle, that open-window concert hall that’s an assault on all the senses.  Ever notice how some of the more track-oriented cars on sale don’t come standard with radios?  Well, we’re ok with that because the only sound we need comes out the back and that gives us all the entertainment we need.

With all of that nonsense explained, here are a few cars (in no particular order) that top our list with some of the best sounds ever to exit a tailpipe.

1)      Ford Escort MK2 rally car:  Think a 4 cylinder can’t make a good noise?  Think again.  The sound coming out of this nimble little rally monster at full bore is nothing short of spectacular.

2)      Aston Martin V12 Vanquish: Not only are these cars stunning to look at, they also make one of the best sounds ever produced by a car.  A big, meaty V12 and a free flowing exhaust is a recipe that is hard to beat

3)      Pagani Zonda:  Another exotic, but this time the V12 (crafted by AMG) is a much higher-strung, free revving one designed to delight (and often destroy) the eardrums of passengers and drivers alike

4)      Lamborghini Aventador:  This is one of the newest offerings from the Italian manufacturer and after hearing one of these, we’re glad they’re sticking to their roots with big V12’s instead of adopting the smaller displacement turbo method like many competitors

5)      BMW e39 M5: While some may argue that you need an aftermarket exhaust to unleash the potential of this super-saloon, there’s no denying that this thing can get your hairs standing on end and put a smile on your face in short order

6)      Audi R8 V8:  This is the same basic engine as was found in the much-lauded RS4 which ended production in 2008.  No matter that the V8 was considered the base engine, it still made a sound that would put many faster cars to shame.

7)      Ferrari 355: This list wouldn’t be complete without a high-revving Ferrari crafted V8, and the 355 is possibly one of the best sounds to come out of their factory.

8)      Porsche Carerra GT:  This is one of the few times that Porsche has strayed from its flat 6 heritage, but the V10 in this hyper car makes you wish they’d do it a few more times.  No wonder this has turned into a real collector car

9)      Porsche GT3RS: A good naturally aspirated 6 cylinder from Porsche has a very unique sound that is recognized the world over as something that means business.  No surprise then that one of the rawest variants of the 911 makes this list

10)   Chevrolet Corvette ZR1: While the ZR1 is no longer in production at this time, this Chevy V8 with a supercharger strapped to it will make Chuck Norris run for the hills.  Did you really think we would leave some proper American muscle off of this list?

Now you have to remember that something sounding “good” is all really subjective and as a result, some great sounding cars haven’t made the cut.  Some people out there may prefer the wail of a high-revving F1 car to a deep, bass-like V8 from AMG.  We are not here to pick sides, but rather point out some noteworthy cars that in our opinion produced sounds worth listening to.  If you’d like to add, comment below with a video clip and let others enjoy! 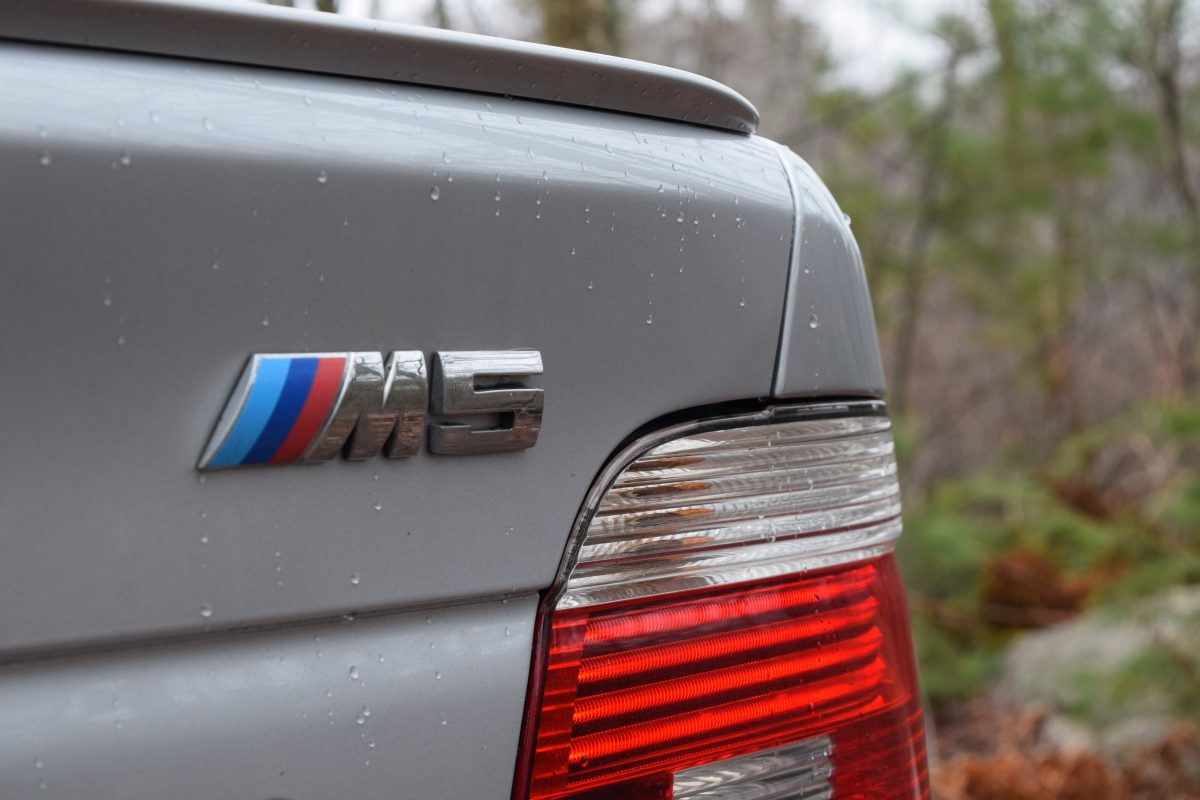 Well folks, this is one of the big ones.  The number 5 is pretty average, nothing to write home about, a pretty boring digit on its own, but as soon as you stick an M in front of it, things change pretty quickly.  And as if that isn’t enough, add e39 to the equation, and you end up with pure magic.  To many, this is still the best driver’s sedan on the road, despite being over 13 years old.  A car that represents one of the greatest vehicles to ever leave the BMW factory, an analog example of what a super-sedan should be.  And now, probably one of the most affordable fun cars on the road, that is, if you can find one.

Well we did.  This particular vehicle, a 2000 M5 with a hair over 100k miles is listed for sale in Weymouth, MA for the price of a new Toyota Yaris.  We couldn’t resist the urge to drive, photograph, and review this aging wolf in sheep’s clothing in an attempt to help it find the enthusiast it deserves.  The M5 represents a car that we have been longing to drive and despite the risk of it not living up to all of the hype, we decided to take the plunge anyway.

First impressions are important.  From a distance, this car could be confused with a typical early 2000’s well-equipped 5 series.  The subtle styling, classic understated front fascia coupled with the slightly aggressive quad exhaust tips make this thing fly under the radar unless you have a keen eye for an M badge.  This particular model had upgraded headlights from the later 2001 and up M5’s, which make a world of difference in giving the front end a more modern look.  The stance, the body lines, everything is as you’ve seen in the pictures, awe-inspiring class mixed with subtle hints that say “I mean business”

The drive is hard to pin down.  On one hand, you are driving a 16 year old car that some could call outdated, but most would see as simply worn down.  On the other hand, in all the important ways it is still very much an M5 and unequivocally deserving of the name.  The interior may be a little worse for wear in some spots, but the engine is so eager to get going, and the shifts, to use a cliché, like a well-oiled bolt-action rifle, that you quickly forget that the cupholders have seen better days.  Thanks to near 400 hp, acceleration is still kick-you-in-the-pants fast, and the ride is sublime despite some additional rattles due to age.  You get a sense that this car is still holding on to the glory days, yearning for a new owner to clean it up a bit and show it a little TLC.

We came away in awe of the tire-munching machine and how well it has aged.  After all of these years never having driven what many consider to be the auto epitome of class/badass, we can safely say it was far from a let-down.  Often the hype misleads everyone and the cars have a tough time living up to the excessive praise of reviews and publications, but this tired M5 showed so much life, one could only dream about what it was like new.  It’s safe to say that this generation of M5 has made the list of performance bargain cars considering that near-mint examples can be had for under $25k.  It is hard to find something that will excite a real driver this much and still be able to pull up to the Four Seasons and not look out of place, the M5 is still that car, and imitators are still playing catch up.

A big thanks to 777 Auto in Weymouth, MA and Svetlin for letting us test drive this car.  Their selection of fun European autos is sizeable and their pricing reasonable, definitely check them out.