Many people have heard the term hybrid thrown around a lot but don’t really understand how a modern day hybrid works.  The most obvious benefit of a hybrid is the incredible gas mileage, but what is going on behind the scenes to make them sip that gas rather than guzzle it?  We’ll try to explain these very complex systems here, but in the interest of our own sanity and because of the limits of our technical knowledge, we’ll keep this on the simpler side.

There are several different forms of hybrid drivetrains, the most common one being both an electric motor and a gas motor powering the wheels, acting in conjunction with one another, called a parallel hybrid.   This is beneficial because you have the benefit of the torque of the electric motor in addition to the added power of the gasoline engine when you need it.  In most cases, the gas engine is activated when you put your foot down to accelerate quickly.

A second popular configuration is called the series hybrid.  What makes the layout different is that instead of having both the gas and electric motors connected to the driven wheels, the series hybrid only has the electric motors connected to the wheels while the gas engine is there only to generate power for the electric motors through a generator, converter, and battery.  This setup is popular because the gas engine can be a lot smaller and more efficient because it no longer has to do the work of helping to drive the wheels.

These are, in one form or another, the most common types of hybrid drivetrains present in vehicles today.  For example, the Toyota Prius, which is one of the best-selling hybrids on the road, utilizes a highly refined parallel drivetrain called a power-split hybrid which allows the engine to be connected to the wheels electrically or mechanically at any given point.  There are different configurations of each of these systems, differing in the way the engine is utilized and how often the electric and gas motors are used, but the basic technology remains the same across many platforms regardless of manufacturer.

With a true hybrid, there are generally three different ways that the car can be powered.  As one would expect, there is full electric mode which means the car or truck is being driven by the electric motors alone.  There is a limited range with this mode, as with gas cars, because the battery can only last so long before it needs a recharge.

A gas only mode is exactly what it sounds like, a mode where only the gas engine is utilized.  This is generally happening when more power is needed perhaps with more aggressive driving or when the vehicle is loaded up with passengers and gear but the driver still wants to cruise at a reasonable highway speed.

Finally, a true hybrid will have the ability to combine both power sources at any given time to complement each’s strengths and weaknesses.  For example, cars with smaller 4 cylinder engines may find themselves lacking in power in the lower RPM’s of the rev range.  An electric motor, in this case, would prove particularly useful in aiding the engine from a stand-still with a heavy load, thus reducing the strain on the engine.

This should cover the more common, conventional hybrids on the road today.  True to their innovative nature, automotive manufacturers are constantly at work coming up with new, more efficient ways to get cars down the road so don’t be surprised if there are different options out there in short order.  However, the same basic principles will apply so if you are looking for an efficient mode of transportation without committing to going full electric just yet, a hybrid may be the car for you! 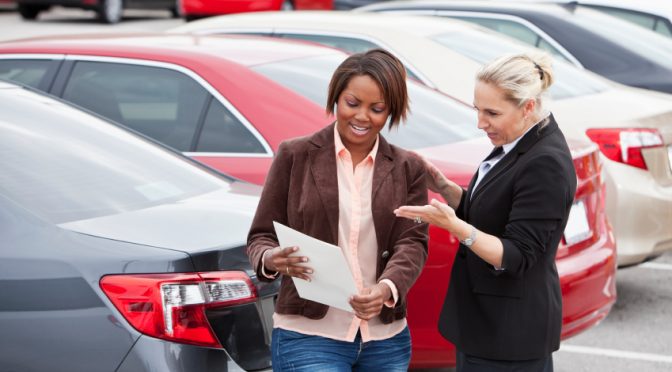 As automotive enthusiasts, general car knowledge as well as a basic understanding of vehicle operations and our own desires, are things we take for granted when shopping for the next thrill. Questions that we are asking ourselves as well as the dealership may not come naturally to those who aren’t as nutty about cars as others. However, that makes asking the right questions that much more important, so we have provided a guide to some of the basics you should be considering before thinking about that next car or truck.

1) First and foremost, you should be thinking about the purpose this new vehicle will be serving. Is it going to be the daily driver? Will it see some long road trips with the family or be more of a fun weekend toy? Think hard about what this vehicle will be doing, a more thoughtful buyer is more likely to be happy with their decision for a longer period of time.

2) Know ahead of time what your rough budget is, and be sure to include insurance, gas, maintenance etc.. This will save you a lot of time and keep you from falling in love with vehicles that are out of your price range, making it seem like you are compromising by getting something that is actually within your budget.

3) Know whether you prefer new or used, but don’t be close-minded about saving some money by going with a used vehicle. Often people automatically write-off a used vehicle because the allure of that new car smell is too strong. However, there are used vehicles out there that will outlast even the newest, freshest smelling car, you just have to know which to look for. Additionally, warranties are often still in effect for the lower mileage used cars.

4) Which leads to: do your research! There are so many sites out there to make sure buyers are informed (KBB.com, truecar.com just to name a few) so there is no reason you can’t have a sense of what you should pay for your new or used vehicle. If you really want to dig deep, try looking for forums dedicated to your specific brand as there are often dedicated owners that post common problems, easy fixes, and what to look for when you buy that car. These are often harder to find but can be the most helpful, examples are www.nasioc.com for Subarus and www.ih8mud.com for Toyota trucks. While these forums are not always endorsed or supported by the manufacturer, there is wealth of knowledge to be found if you have the time and dedication to dig around a bit.

5)If you plan on servicing the vehicle at the dealership, it doesn’t hurt to work with them to establish a relationship with them. These are, after-all, the people who will be working on your vehicle, and sometimes working with a local dealership vs. taking your business out of town can mean the difference between getting a loaner car and hitching a ride in the back seat of a friend’s car every time you need some work done.

These are just some of the basic tips and questions that will help improve the overall buying experience. Make sure you spend time to really think about what you want and do your research. Be an informed buyer and understand what you are getting yourself into because buying a car should not be taken lightly. If you have any more questions, feel free to ask us and we’ll get back to you promptly. 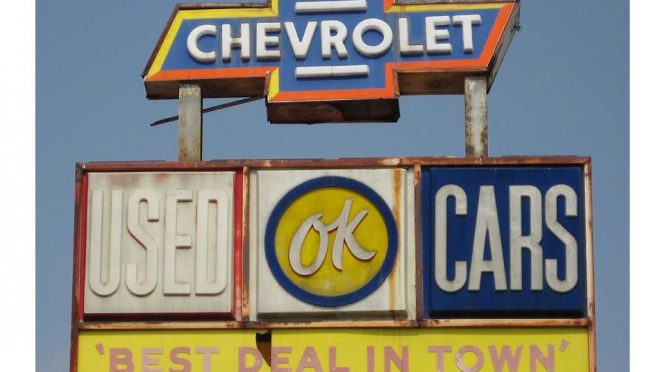 Used car buying can be a gamble.  If you aren’t informed, or if you haven’t done your research, you could end up buying someone else’s nightmare.  However, breathe easy my readers because there is hope.  Used car buying can be a great way to save money off the sticker price, and a way to find a reliable vehicle for much less than what you would pay for a new one.  So pay attention deal seekers, because here you will find the basics to finding that perfect pre-loved vehicle to make your own.

As with any car buying, new or used, do your research.  Check all of the popular sites such as KBB.com and Consumer Reports for reliability ratings and known issues etc. for particular models you are considering.  Additionally, many brands have a loyal following and as a result, forums (websites) dedicated entirely to their brand.  These are not usually endorsed by the manufacturer, but can be an incredible source of knowledge.  Examples would be NASIOC.com for Subaru and ih8mud.com or yotatech.com for Toyota SUV/Truck owners.   Not only will these sites prove helpful for choosing a brand, but they can even give you some insight into which particular model year performed better than others.  As always, don’t take everything online as gospel, but time spent on these sites will be well worth your while.

If you have found a particular car you want and plan to go see it, go prepared.  Make sure you have gotten a background check on that car and gone over the history (the most common method is CarFax).  Know that while this is extremely helpful, history reports don’t always tell the full story.  Ask the seller (private or dealer) if they have receipts for the services, being mindful that the big services (timing belt, brakes, suspension etc.) are among the most important to have record of.

When looking at the car, keep in mind a number of things.  Even if you have already fallen in love with the car after seeing pictures, try to be as objective as possible.  If possible, don’t go and see the car in the rain as wet paint tends to hide blemishes.  Keep an eye out for any little dents or scratches, and take a good, slow walk around the car looking for anything that might be off.  With your fingers, feel around the edges of doors, the hood and rear hatch etc. and if there is any roughness (or pronounced edge) that might mean it has been repainted which can be taken as a sign that it may have been in an accident.  Look under the car where it is parked to see if there are any obvious leaks on the pavement.  Take it for a spin and don’t be afraid to push ALL the buttons to make sure everything is working as electrical issues can often be the hardest to tackle.

Finally, after you have taken a good look at it, have it looked over by a trusted mechanic not associated with the seller or dealer.  The quick inspection by a mechanic can prove invaluable if there is something that your un-trained eye might have missed.  If you get the go-ahead from them, chances are it’s a solid vehicle and you should feel comfortable making an offer on the car.